Speculative Design practitioners – The Constitute (Germany): The workshop is still the centre of the our studio. 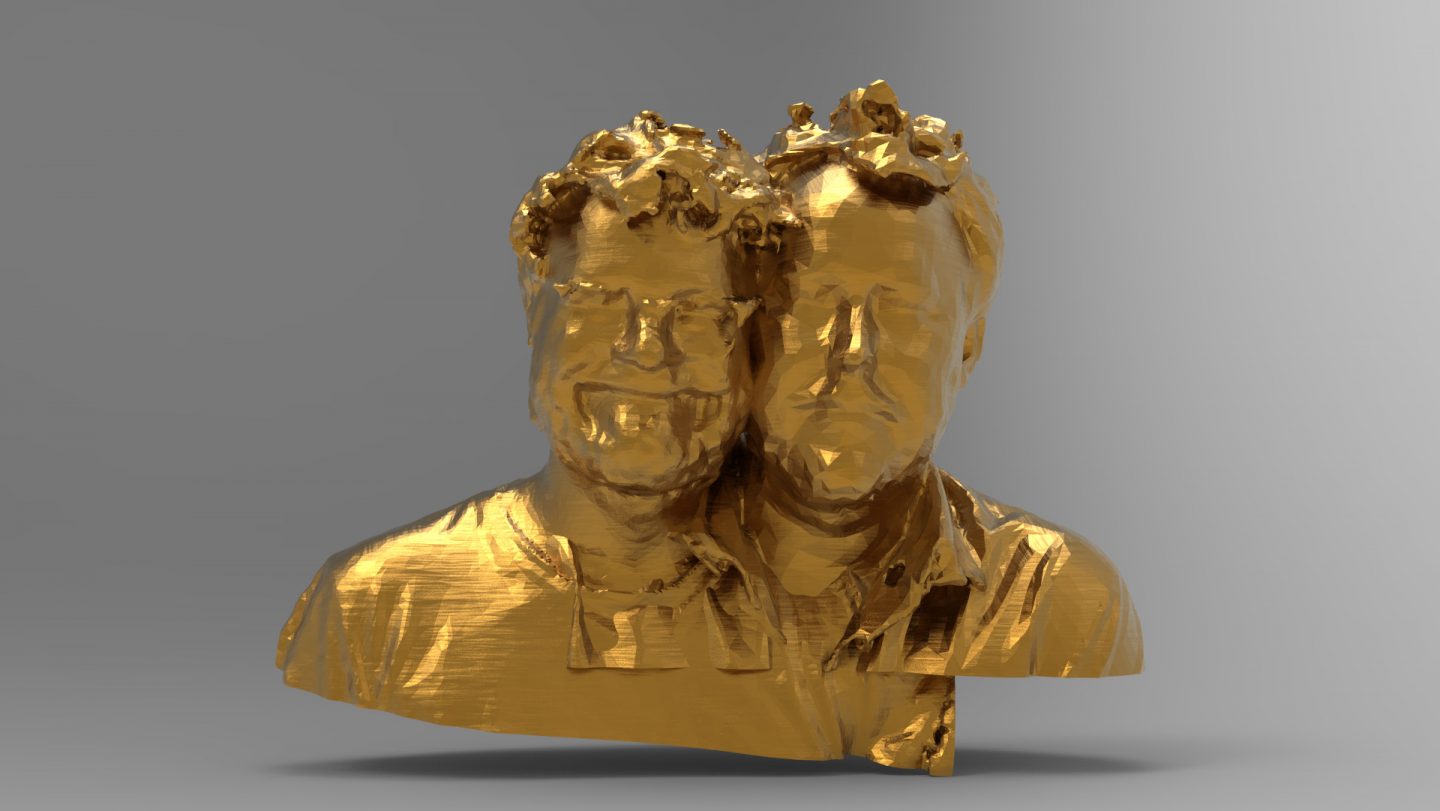 The Constitute is an interdisciplinary design and research studio based in Berlin/Dresden and run by Christian Zöllner and Sebastian Piatza. By combining artistic and scientific practices The Constitute creates interactive experiences for the public space. Founded in early 2012, The Constitute works with a multitude of international partners from education, research, industry and the cultural sector and exhibits their works worldwide. Fields of work include Design Development, New Media Art, Design Research, Interactive Installations, Social Design and Design Fiction. Alongside design studio activities The Constitute runs its own non-profit organisation to realise social sustainable projects in rural and decentralised areas in Europe.

How connected was your education with the Speculative Design (or related) approach you are using in your work today?

Our professional education was at no point related to what is now coined as Speculative Design. We both studied Industrial Design at a very traditional school in Dresden. It was more about rendering transportation and investment goods, dreaming of a world where a designer creates products in large quantities and is responsible for the shape and mostly functional or economic aspects of the product. In the last years of at least my studies the idea of Interaction Design and tangible interfaces came up. Because we didn’t have the skills and technology to prototype and evaluate our design concepts, we had to build Wizard of Oz prototypes and do video mock-ups. It became speculative on a very rational level. It wasn’t that bad though, because learning within restrictions can push students.

That was around 2006 and pretty revolutionary back then. Sebastian studied a few years later and within his Master project he designed and built the EYESECT Out-of-Bodiment helmet in 2012. That was the most far out thing that ever happened in that faculty. And it could only have happened because we had already dug into Design Fiction and more artistic ways of expressing ourselves as designers. Plus, not to forget: Arduino and physical computing allowed us to strengthen our project ideas, because we were able to prototype complex technological systems ourselves.

Dan Kirby claimed the term “diegetic prototyping” that we like very much, because it focuses on model making beyond the physical world. To move from apologetic prototyping (the idea defending itself in the real world) to diegetic prototyping (telling, explaining, narrating an idea through multi-sensual language) you need to know how to build a model. Having learned that in university, even in a pretty old school way, was important for us. Still the workshop is the centre of the studio.

Could you select one of your favourite Speculative Design projects and tell us what you like about it?

From our own works, I would say that Ready to Cloud is still a great project. It was 2013 and we’d been so fascinated by volumetric displays in science fiction and Marvel trash movies. How could it be that we do not have it yet in our own homes? And since we are on this point: didn’t they promise us teleportation? The idea was: let’s build an oversized spatial holographic teleporter with off-the-shelf technologies, able to connect two distant places. So users get 3D scanned in real time and projected into an artificial fog cloud, where they can meet and communicate with gestures.

The starting point was extensive research on how we know, see and imagine use of volumetric displays. How did they change over 60 years? And we did the same for teleportation in Star Trek. In parallel we experimented with projectors, Kinect cameras and fog machines to create a working set up that was not just a visual effect but a real experience. In both methods, the broad examination of (pop) cultural phenomena and use of punk rocked prototypes to get a feeling worked out well.

We showed the work during Milan Design Week 2013 and it was pure chaos and failed nearly completely. We built it as a maximal open and outdoor experience, but the fog clouds were blown away instantly. After this mess, we reworked the hardware, the software and the user experience and showcased it in late summer 2013 to connect FACT Liverpool with Bauhaus Dessau – but inside the buildings. We did the same to connect two distant locations in Riga during a large festival.

But although we like the project very much it has its flaws. The user experience needs to be more like participatory theatre play, with a designed stagelike setting, teleportation stewards that take care of waiting people and a more guided people flow. There was a wonderful piece called Future Primed at AND Festival 2013. They did it really well and are the level to be reached. We have plans for iterations still in the drawer, but the costs are too high for realisation.

Working in speculative scenarios requires a lot of knowledge about the world, cultures, histories and political circumstances.

If students asked about the practical or professional applications of this type of design, what would you say?

Students have problems with the Design Fiction / Speculative Design approaches. But “the students” do not exist in plural. It’s a multitude of individuals that due to various reasons succeed or struggle with SpecDes assignments. I guess it’s because working in speculative scenarios requires a lot of knowledge about the world, cultures, histories and political circumstances. Extrapolating futures is rarely possible without an inspired understanding of the past. When students apply for design studies, they are on average three years younger than 10-15 years ago. These three missing years of world knowledge, sometimes leads to less quality projects. It’s easier to design a beautiful vase, light or candleholder to promote yourself on Instagram or Pinterest. Within these circumstances it’s difficult to explain the need for a speculative approach. But: some students get it. They see and understand the change of their surrounding world and can adapt to it. In October the art and design university Burg Giebichenstein hosts an experimental symposium on design education, that addresses exactly these questions: How do we cope with new transformative challenges in industry, society and culture with designerly means. And how do we enable young people to do it.

In your opinion what is the purpose of Speculative Design? Please suggest up to three key metrics for evaluating the success of a project.

Accessibility and traceability of the idea and its physical presence. Can I use it, feel it and by this understand it better to follow the intended idea?

Does it take all cultural, possible biographical and political aspects into account surrounding the intended idea? Can I relate intellectually to the project’s formulated conclusion?

Is it easy to communicate beyond its physical presence in e.g. social media and websites? Can everybody see it? 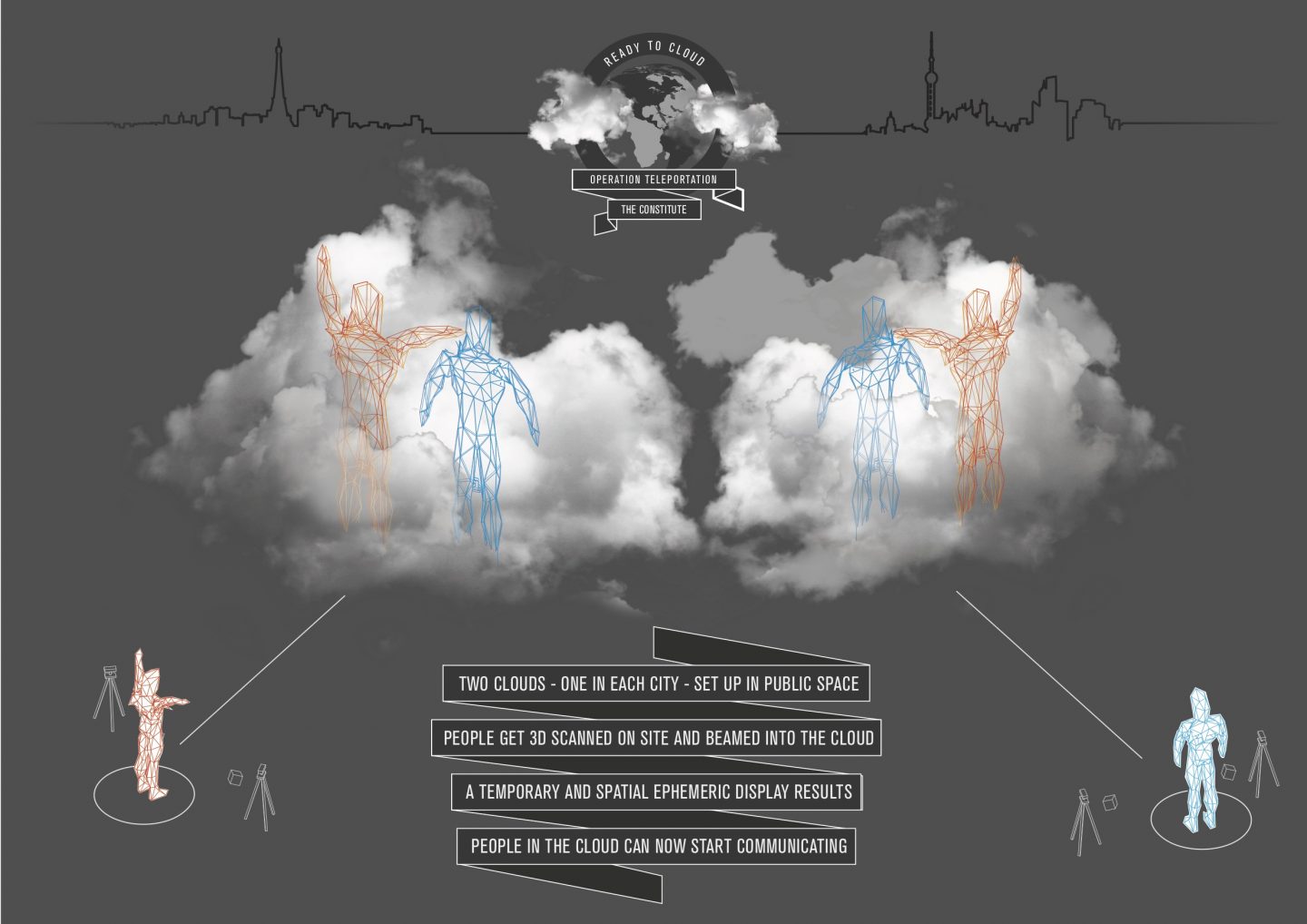