The Disco School exhibition was firstly opened on 11 September in Murska Sobota with a special screening of a short film created during the preparations, which was held at the notable Park Theatre (Gledališče Park). The exhibition was opened by the initiators of the project, the mentors, and the authors, together with the Mayor of Murska Sobota, Dr. Aleksander Jevšek.

After the screening, the programme moved to the MIKK Gallery, where visitors were able to immerse themselves in the universe of a different, transformed Murska Sobota featuring big toboggans as the main mode of public transport, sports fields particularly designed for a hybrid discipline combining skate and tennis, a house of illusions, a puppy rescue shelter, a technology park with phone-growing trees, custom made candy souvenirs, and much more. 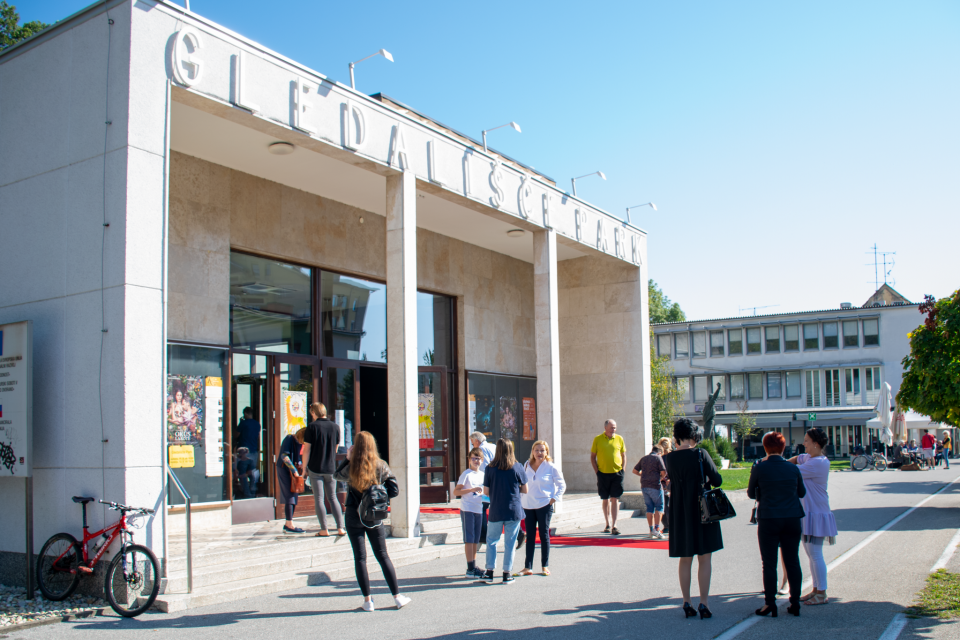 Renowned international and local artists, musicians, and designers teamed up with local children to explore new perspectives on the city’s future.

Disco School is a project that aims to inspire and engage the local community to break free from the nostalgic past and move towards a new vision of the future that uses speculative design practices as a participatory tool for local participation and education.

Speculative design is a discursive practice based on critical thinking and dialogue that asks questions about the future while offering alternatives that help us understand the world today. The project offers an inclusive platform to connect local communities with local authorities in re-imagining the future of the cities they live in.

The honorary patron of the project is City Municipality Murska Sobota.

Learn more about the project here.

Next post My Neighbourhood, My City, group exhibition at Firminy, France, 15 October 2021

Previous post Beyond Speculative Design: Past – Present – Future (THE BOOK)